We really did not know what to expect when I received an email about the International Steampunk City taking place in Morristown, NJ at Historic Speedwell. 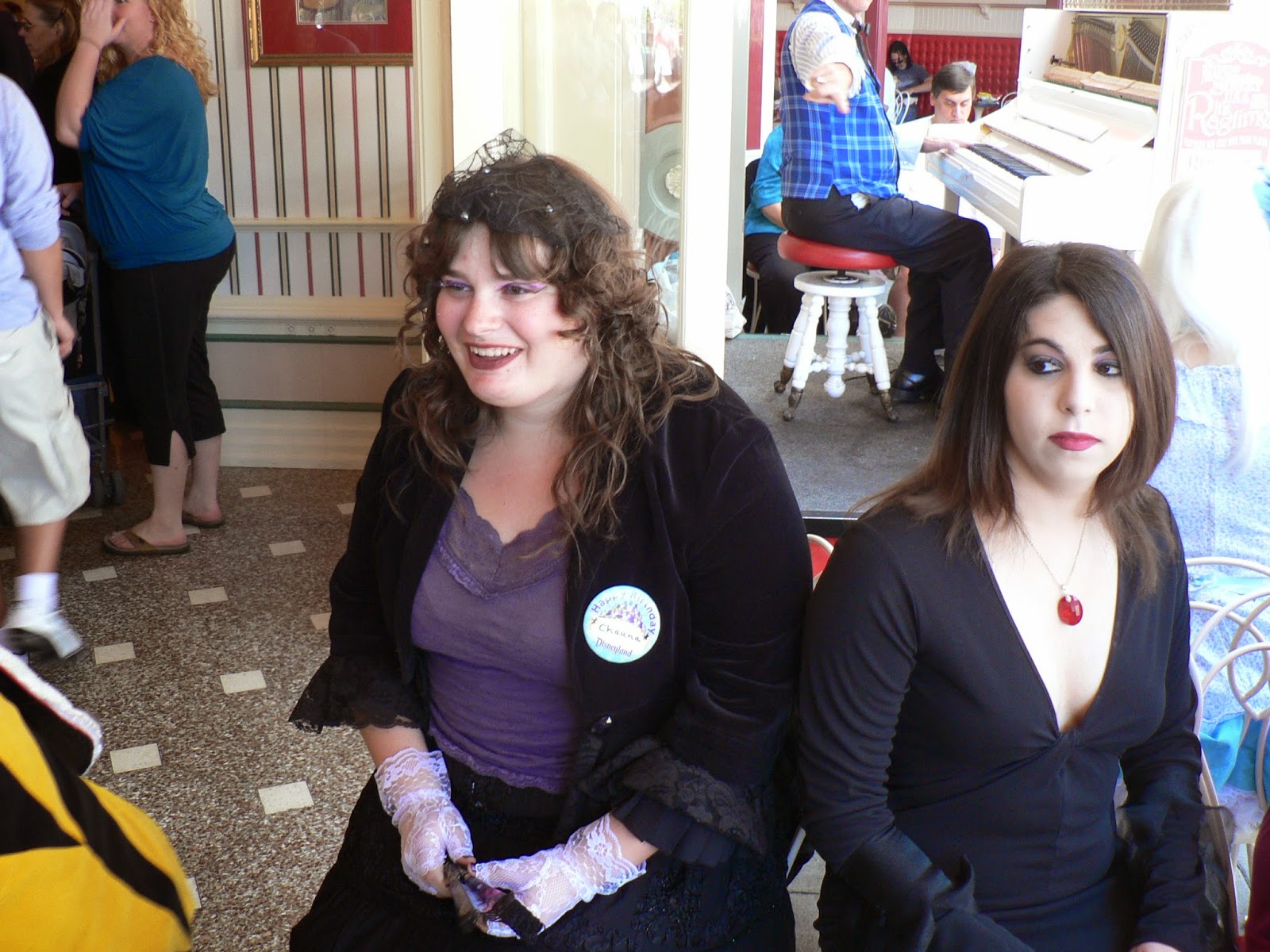 Ashley has always been into costumes. Or maybe that is I was into putting her in costumes then she (enjoying the attention) started wearing them on her own. This summer she started Disney Bounding. When given the chance, we dress up at Disney, too. This is easy during Disney races (search around and you'll find other examples).  A few years ago we were at Disney during Bats Day and were convinced she would become a Goth (not that there is anything wrong with that...). She was particularly drawn to some of their shoes. 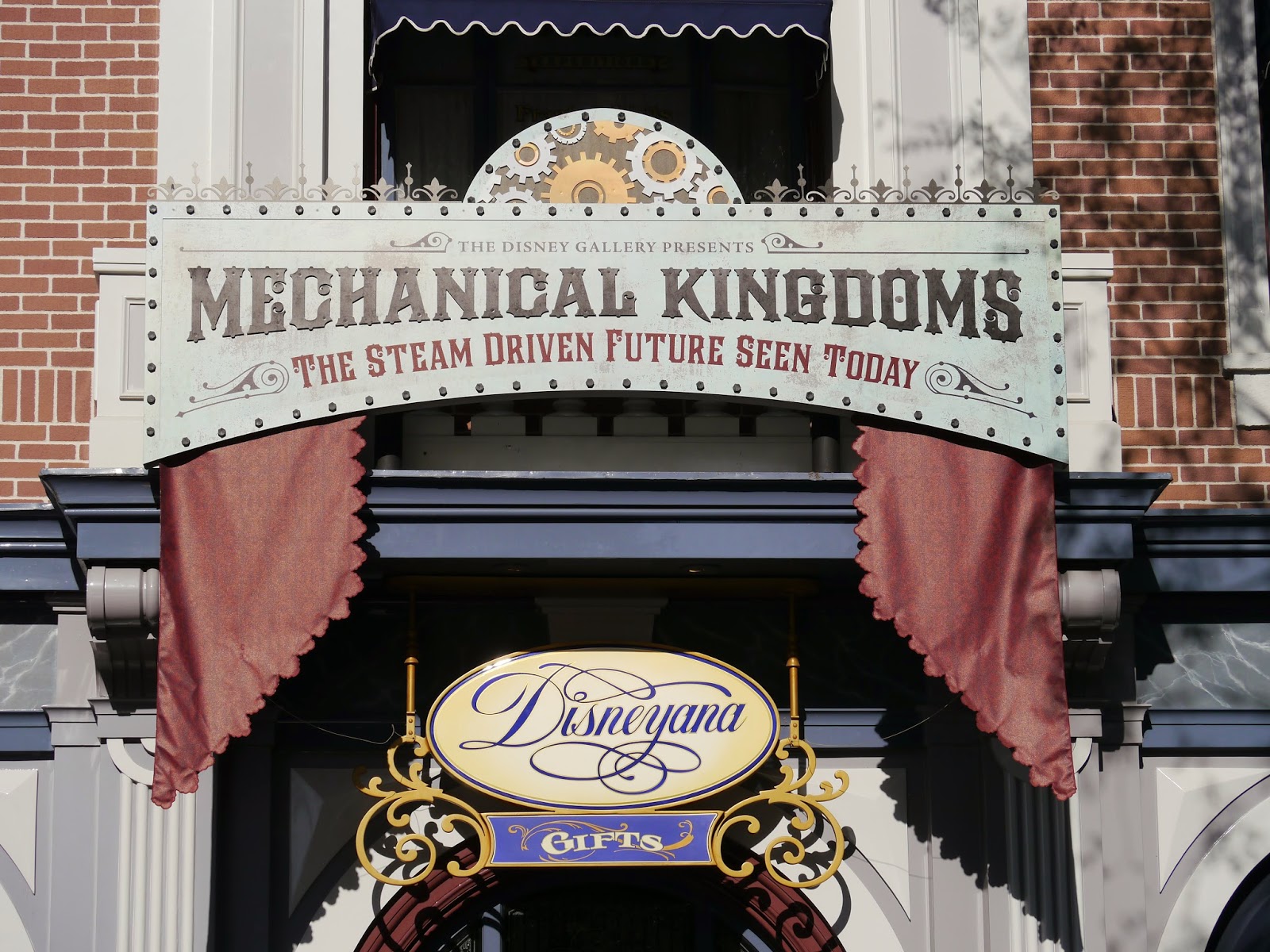 On our latest trip to Disneyland, I saw statues of Disney characters dressed up in Steampunk. this was my first foray into Steampunk, a term I had only heard loosely mentioned during a librarian book review session. 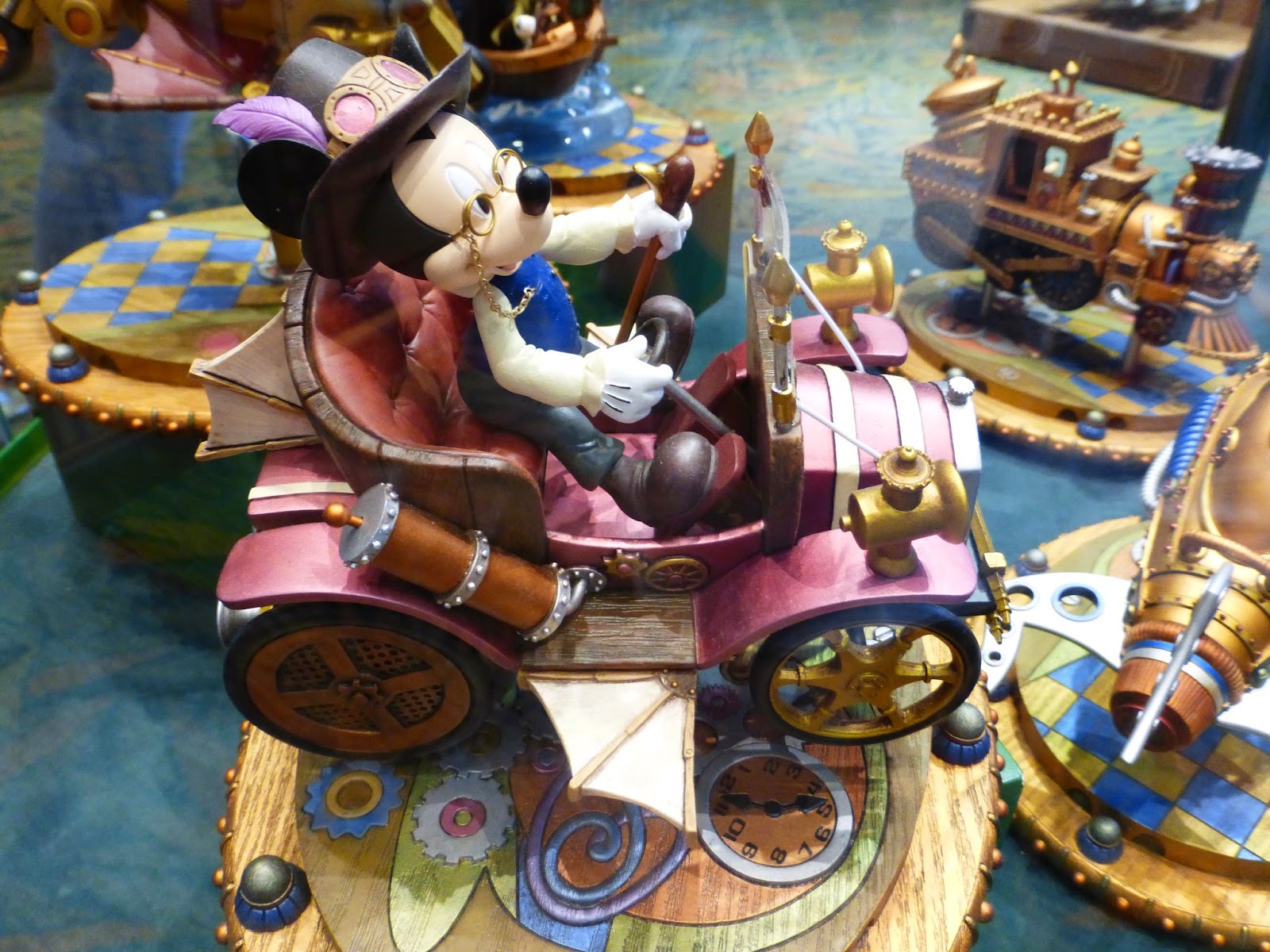 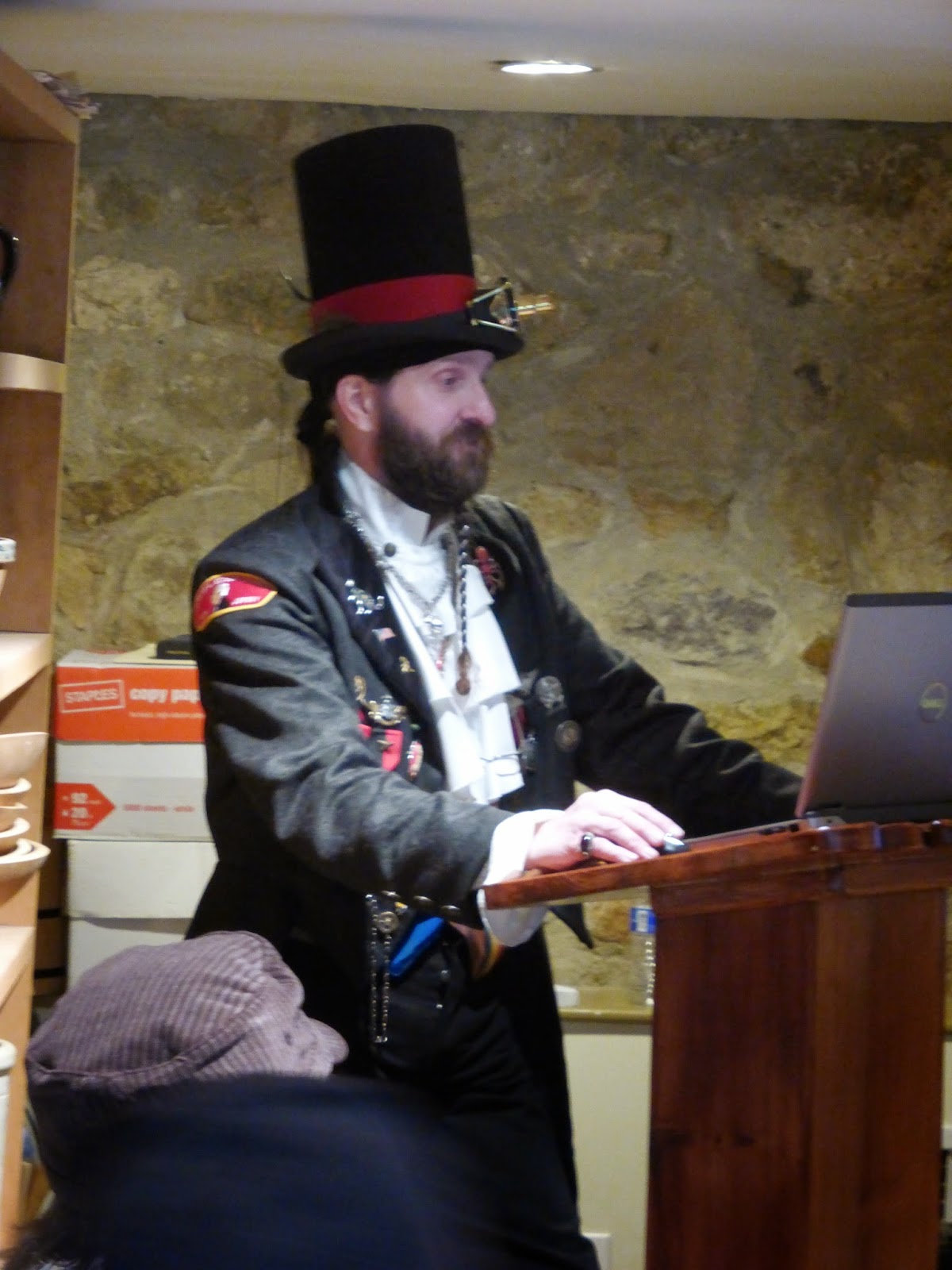 What is Steam punk? Good question. During the International Steampunk City event we heard part of a lecture about it. The simplest definition, yet perhaps the most confusing one is, it is the past meeting the future. 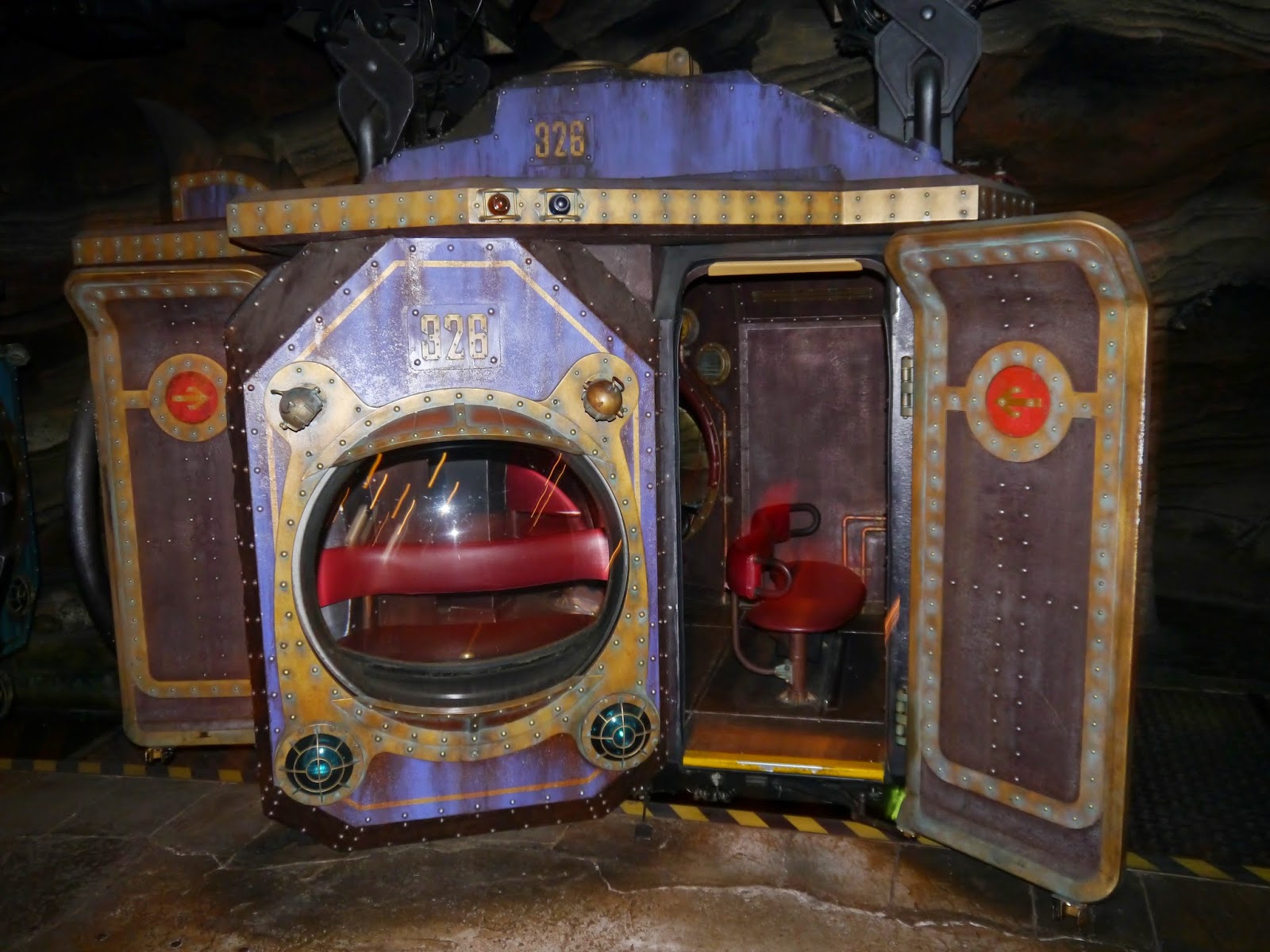 Huh? Picture Jules Verne's 10,000 Leagues Under the Sea, especially as seen in Tokyo Sea. It evokes the era of steam-powered machinery when the future was going to be mechanical. The outfits look sort of Victorian, but with cogs and wheels.
Okay, I'm not doing a great job of explaining it. It is something you have to see to imagine. 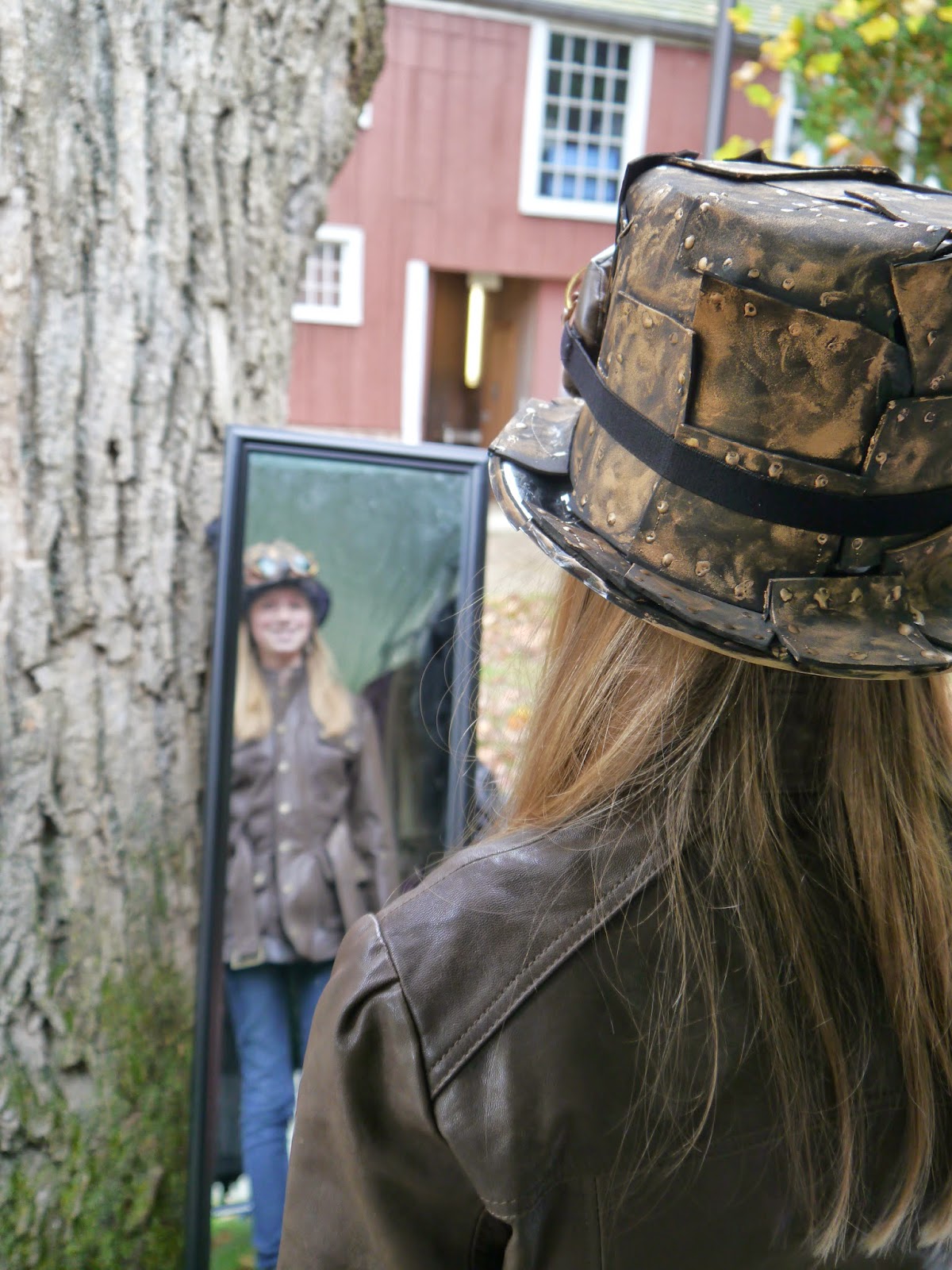 Somewhere along the line, Ashley decided she wanted to dress in Steampunk attire for Halloween. She made her own hat. She found a leather jacket at Red, White, and Blue Thrift in Hamilton (yes, the place everyone calls Red, White, and Blue). During the festival she found the piece de resistance -- goggles! 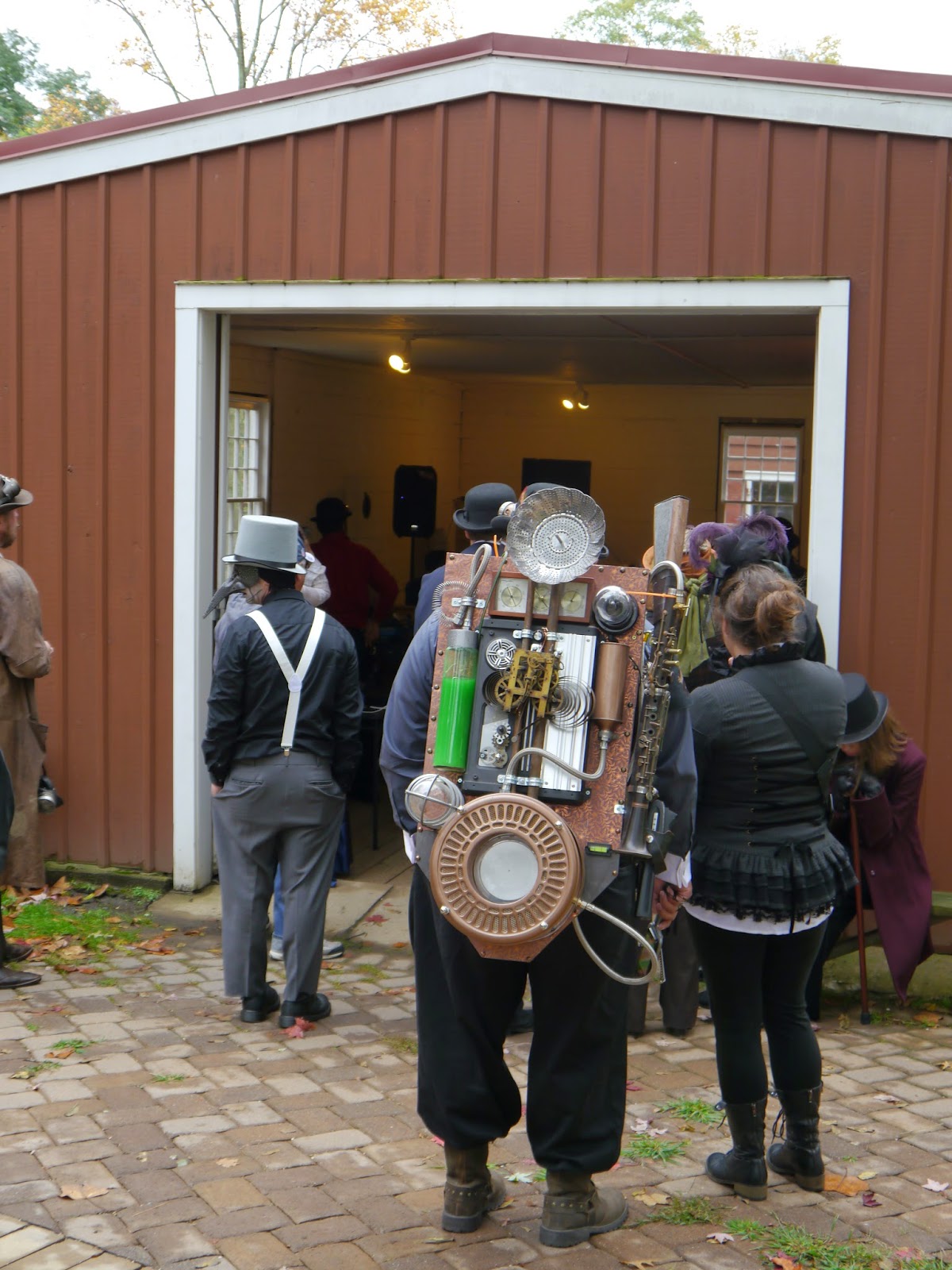 As I suspected, there were a lot of people dressed in Steampunk attire, even though it drizzled much of the day. Early on it seemed 80% of the people were dressed in full Steam Punk, 15% in partial outfits (like Ashley), and 5% like Don and I. Notice there are not any pictures of us in our normal, everyday attire. 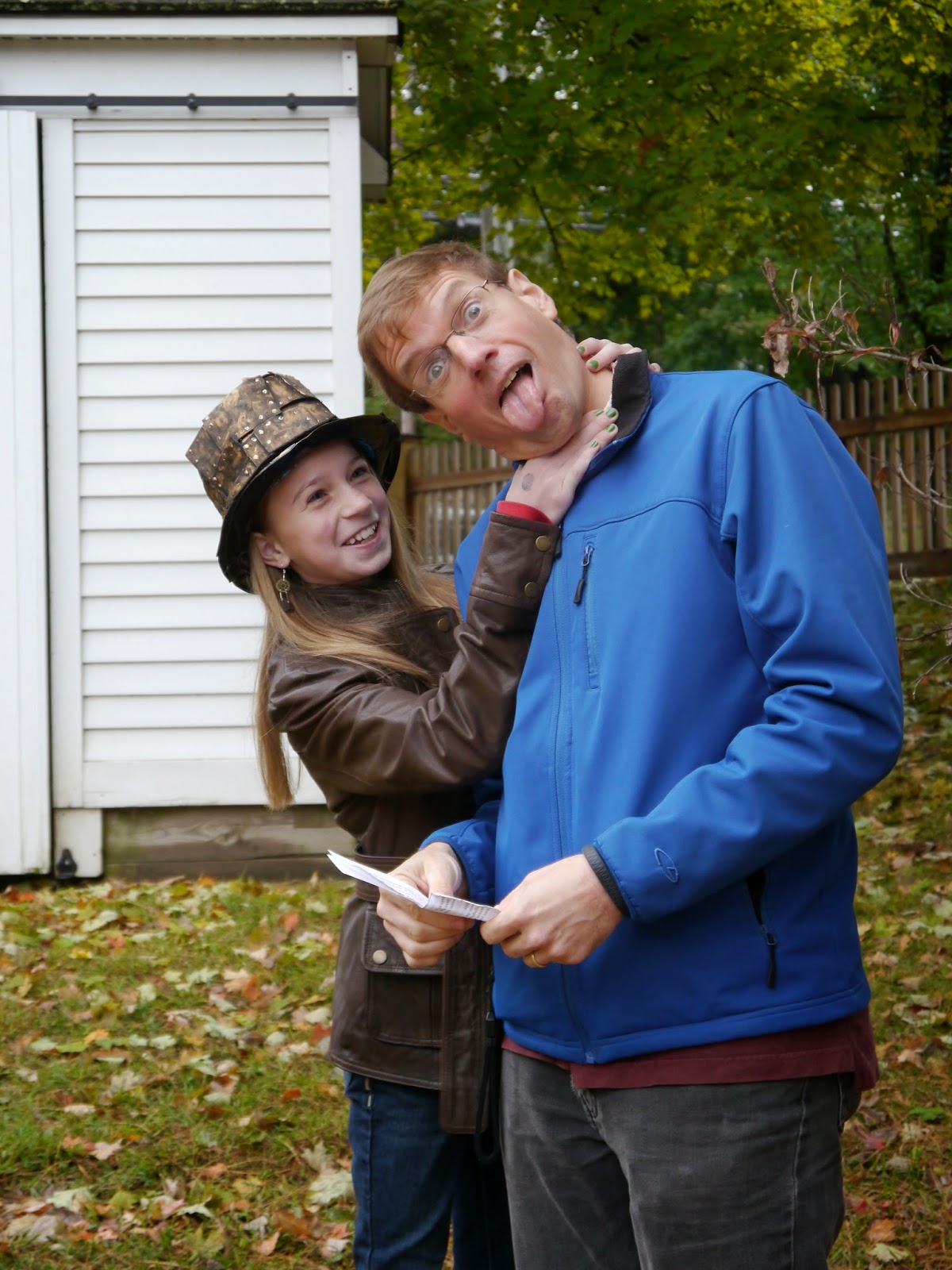 We were challenged to a scavenger hunt as part of Concardia. The idea was to complete a bunch of tasks -- from taking a photograph of yourself strangling someone to making a bunch of people do an evil laugh. The people in charge of the challenge talked us through it. We were the first to start, and the first to finish. As a result, Ashley won two more sets of cards (pirate and robot themed to go with the Speedwell themed ones), and two tickets to the Steampunk World's Fair, which will be in Piscataway, NJ over Ashley's birthday weekend.


As for the actual festival, it was much like any of these types of events -- you pay an admission fee to see lots of people dressed up, visit vendors selling you more stuff, hear some "lectures" and music on the topic, and mingle with people with this passion. 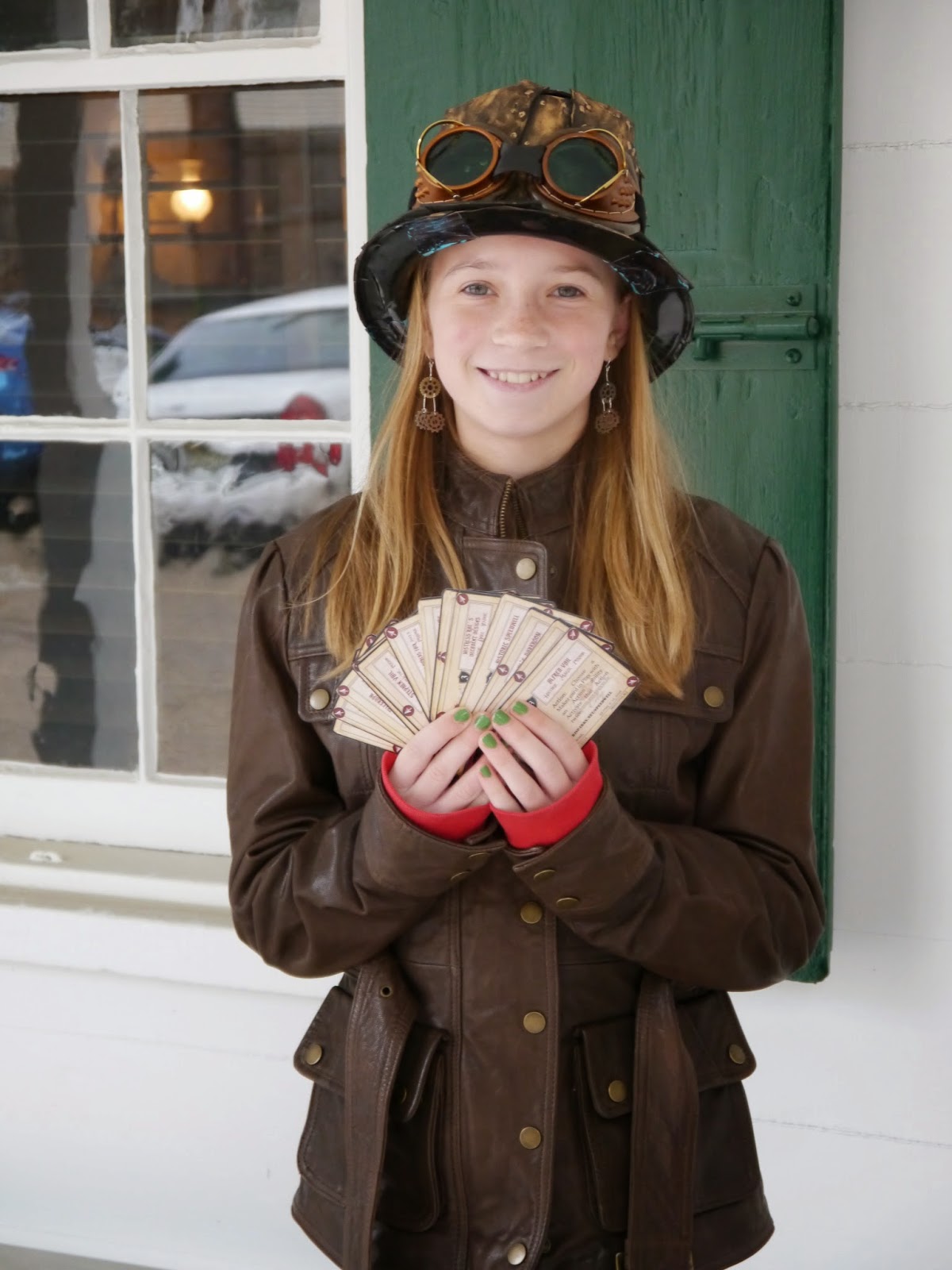 Now that we have committed to the Steampunk World's Fair, I suppose Don and I should start thinking about what we will wear. I think you have more fun when you are dressed up and joining in the action wholeheartedly, and not as a spectator.

Posted by Jacquelyn at 1:57 PM